The World Cup men’s moguls skiing competitions have crossed the finish line, the front-runners have set their marks, and the Winter Olympics in Turin, Italy are just nine months away. Americans snagged five of the world’s top 10 spots in men’s moguls and are poised to help the U.S. retain its crown as overall medal winner earned at the 2002 Salt Lake City games.

Although the 2006 Winter Olympics ski team won’t fall into place until late this year, one of the United States’ most promising — and inspiring — hopefuls is Toby “Awesome” Dawson, who has climbed back from physical disaster twice in the past year to become a World Cup champion. But what is competitive mogul skiing, if not the ability to navigate slippery perpendicular bumps and turns at top speed with skill, grace and courage?

Life has charted just such a bumpy course for Dawson, who weathered a less-than-auspicious start in life, and pulled himself up by the ski boot straps to overcome cultural differences, physical shortfalls, injuries and disappointment to win two golds and a bronze in this season’s World Cup competitions. He is ranked seventh in the world, behind fellow top-10 U.S. men’s moguls skiers Jeremy Bloom, Nathan Roberts, Travis Mayer and Travis Cabral (at first, third, fifth and sixth respectively).

Dawson’s rocky road in life began when he was an orphaned as an infant in South Korea, left on a police station doorstep. He was adopted at age three by husband-and-wife ski instructors in Vail, Colo., who put him on skis the following year.

Dawson overcame being shorter, lighter and older (at age 26) than most of his rivals to enjoy a spectacular 2004 season, finishing in the top three seven times. But that season was cut short on the eve of the finals when he broke his right fibula and tore ligaments in his ankle in a fall.

After six months of rehab, Dawson returned for the 2005 season. But he broke his toe a few days after winning a World Cup moguls race in Quebec.

Just 13 days out of surgery, Dawson entered the World Cup competition at Deer Valley and took third place. "My doctors thought I was crazy,” Dawson said. “I couldn’t have walked a straight line if my eyes were closed. My foot was not weight bearing, but they allowed my to ski because the boot is so rigid.”

Dawson came back so strong he won the World Cup gold in dual moguls March 20 in Finland.

But Dawson always has made his differences work to his advantage. Drawn in part because of his Korean roots, more than 100 die-hard Japanese Dawson fans and young hopefuls attend his annual Sangaria Super Camp -- also called "Toby Camp" -- in the mountains outside Nagano. Dawson started the camp five years ago and has watched it grow.

“Because I’m Asian, they’ve taken a liking to me,” Dawson said.

Although Dawson is relatively anonymous in the U.S. outside of a ski town, he routinely gets mobbed in Japan.

“Mogul skiers are like rock stars in Japan,” says Juliann Fritz, the public relations director for the U.S. Ski and Snowboard team.

“The coaches try to help us hide out, but when we ski to the bottom (after a race), masses of people come down the hill just to get your autograph,” Dawson said.

Dawson, who also works with fellow South Korean adoptees at Korean Heritage Camp in Colorado, has become the poster boy for living out his dreams. He has overcome his tough upbringing to succeed.

With Turin around the corner, “Awesome” Dawson might have more successes to celebrate soon. 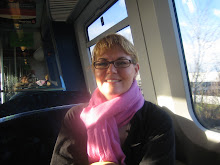 Wintertime in Copenhagen and countryside